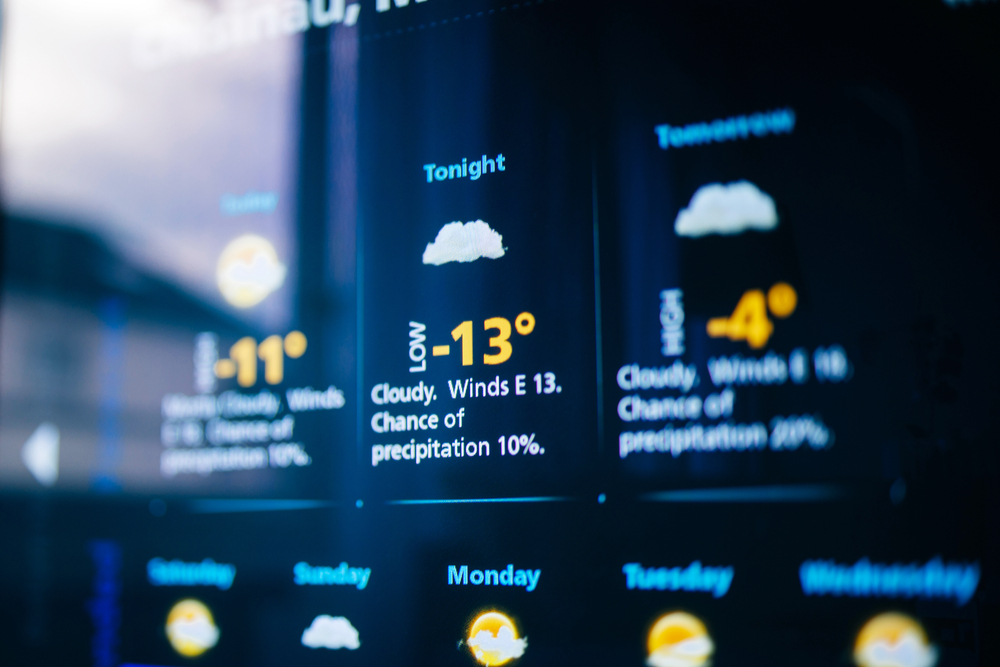 Owing to its geographical location, Florida’s climate is somewhat influenced by the Atlantic Ocean and the Gulf of Mexico. One of the most important natural resources, climate plays a key role in attracting countless travelers to Florida every year. The central and north parts of the state experience a humid subtropical climate, whereas South Florida boasts a tropical one. Overall, most parts of the south-easternmost U.S. state have a sub-tropical climate, with meek winters and hot summers.

To elaborate, summers are quite sunny, long, warm, and humid. From June through September, the weather remains muggy and daily thunderstorms/ hurricanes/ tornadoes are quite the norm. From north to south, the temperatures in summer are pretty uniform in the daytime as they hover around 88 °F and 91 °F (31 °C and 33 °C) and at night, they range between 70 °F (21 °C) in the far north to 81 °F (27 °C) in the Florida Keys. While most beaches are the ideal summer getaways, locals are often seen complaining about the uncomfortable heat waves. Blame the ‘high humidity’ for this. Afternoon thunderstorms cool down the rising temperatures.

With periodic invasions of cool air, Florida flaunts mild winter months. Winter temperatures vary from region to region. In the North, the daily average temperatures are somewhere around 52 °F (11 °C). In the South, it is 68 °F (20 °C). Heading to the coastal areas, a slightly warmer temperature can be felt (which turns cooler in summer months). 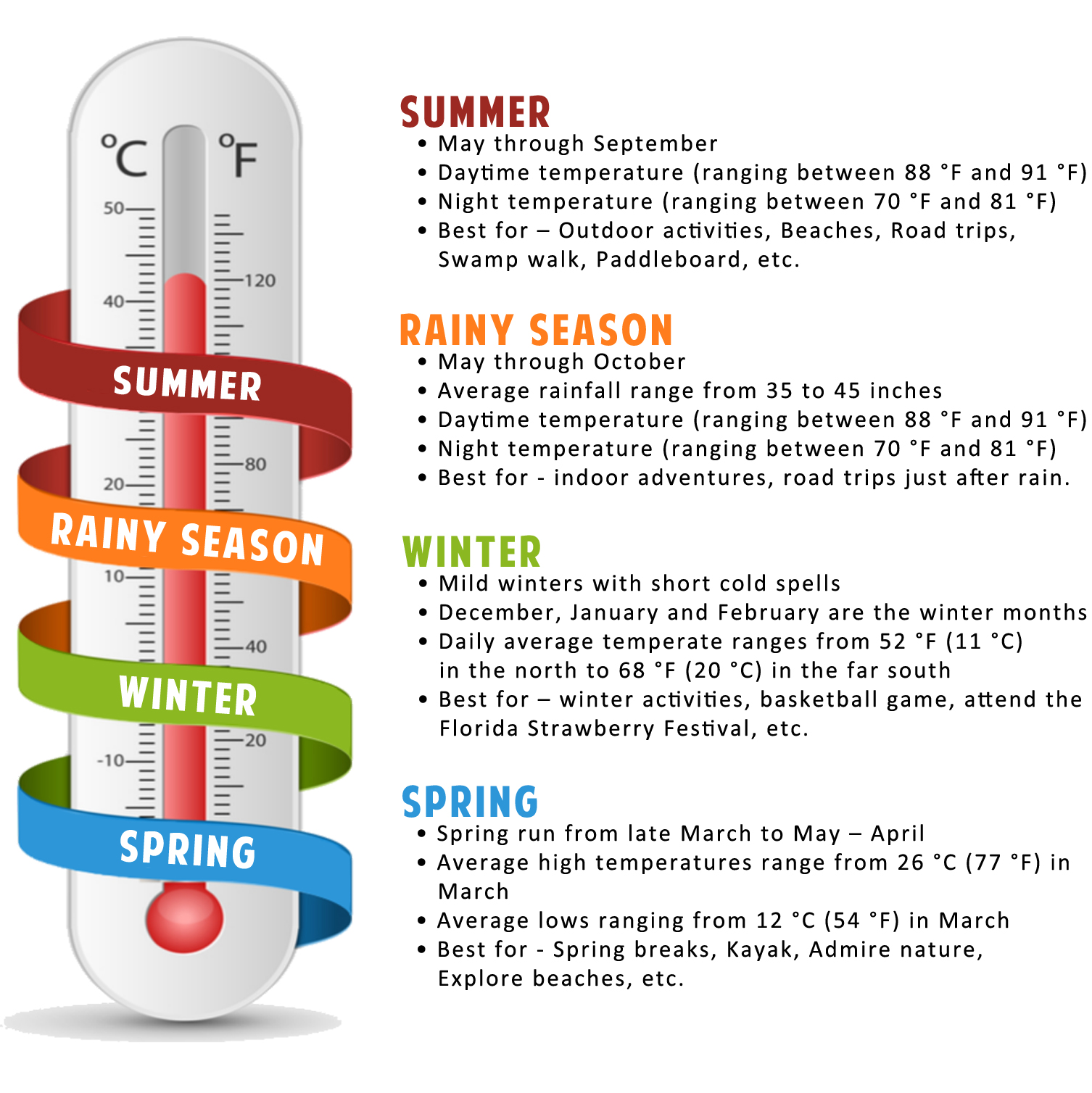 Even though southern Florida lies 400 miles closer to the tropics than Florida’s northern part, there isn’t much difference in the climate. Thanks to the soothing sea breeze. In winter, southern Florida remains one of the hottest destinations on the U.S. mainland. Talking about the summer months, the temperatures soar up, but are tempered by the invasions of afternoon thunderstorms, which reduce the temperatures up to a great extent (resulting in soothing weather for the rest of the day).

There are various factors affecting the climate of the Sunshine State. The state’s latitude and inland lakes play a key role in impacting the climate. What else? The closeness to the currents of the Gulf of Mexico and the Atlantic Ocean shouldn’t be overlooked.

Going by the statistics, in Florida, more people have reportedly been died due to the extreme heat than from lightning and thunderstorms. Small children and elderly people, and individuals who are alcoholic, overweight, or on medications are prone to heat stress.

Why does Florida witness humid climate (wetness of the air)? One of the major reasons that the Sunshine State has a humid climate is its proximity to the salt water. Humidity is measured by a percentage ratio known as “relative humidity”.

Yes, the Sunshine State sees many variations in its annual rainfall. Places that receive the highest downpour are either in the southern end of the peninsula or in the extreme northwestern counties. The annual amounts vary from 40 inches to 100 inches in different locations during a calendar year. The state has two wet periods –

Vacationers looking to visit during this time and also expect to experience the least amount of downpour, Florida’s southwestern coast and its interior regions of Lee County and the Florida Keys are the places to try.

Due to regular thunderstorms during the summer months, Florid has earned the title as “Thunderstorm Capital of America”. The regions between Tampa and Orlando to Lake Okeechobee in east and south along the west coast to Fort Myers have been marked as the “lightning belt” area. The lightning, which packs the stronger charge than average, is the leading cause of weather-related death in Florida. The summer months, April, and May see tornadoes at its peak. Panhandle is the tornado-prone area, particularly in the months of February and March. Rain, hail, and lightning often precede a tornado in the state.

How to Deal with Hurricanes in Florida

Florida is blessed with enormous natural beauty, rich culture, tradition, history, and gorgeous beaches. There are world-class attractions drawing visitors from all around the world. At the same time, one cannot ignore the gourmet food and awesome shopping. When you have all these amazing things to explore, would you still fear the hurricanes? All you need to do is to take some precautions (if you are really petrified) and embark on a journey that would create memories to cherish for a lifetime. Here is some handful of helpful tips for you (Just a reminder that the Atlantic hurricanes occur between June and November) –

So, ready to conquer Florida during the summer season? Make sure that you have a perfect place to stay that can accommodate your large group of 12 people. Florida vacation rentals can be booked in the forms of villas, condos, apartments, townhouses, and homes.